We don’t mind admitting we were trembling with anticipation, readers.

We’ll just go straight into that, skipping the four paragraphs of the intro waffle.

Well, it would certainly be an undemocratic shame. But Scotland was exposed to democratic injustice as long as we were alive – the 40% rule, the rejected 1979 yes vote, endless Tory governments that we refused to impose on policies Scotland did not want, the robbery of ours Oil revenue without the creation of an oil fund, blocking any proposal to the Smith Commission by 56 of the 59 Scottish MPs – and Westminster seemed to be able to handle that.

The British Parliament has literally centuries of experience in ignoring whinging jocks. Why should I have to give something this time?

In truth, our hearts sank at the early mention of the “international community,” but let’s put on brave faces and hear of this “series of actions.”

Yes, yes, and while we are dreaming we would like a magical castle and a pony. Now, if you don’t, tell us about the “series of actions”, Pete. 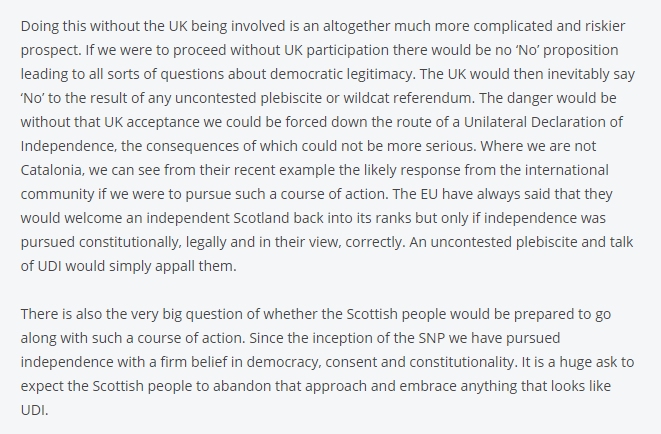 Wait, are you telling us that we haven’t made it clear that we’d be happy to discuss a referendum with you at any time for the past four years? That is interesting.

Woah, just there now, tiger! SNP MPs who refuse to work on public accounting committees? I mean, we want independence as much as the next website, but there is certainly no need to go straight to the nuclear option. How could we possibly rob them of the pleasure of Pete Wishart’s company in their day-to-day deliberations on important matters of state? We are not monsters.

To the extent that these things would have any effect at all – which of course they would not – they are all Things you should have been doing since the day of the Brexit vote. The moment Britain made it clear it would get over the Scottish people’s vote, Scotland’s supposed champions should have made an unholy bat in the House of Commons.

Instead, we had a thousand scenes of Ian Blackford standing up and insisting that Scotland should not be pulled out of the EU against his will. Then he sat back on his padded stern and did nothing like the Tories were doing that.

We’ve had a pro-Indy majority at Holyrood for 13 years and the only time it tried “to legislate on the edge of its delegated powers” Westminster immediately struck it down and Holyrood left and sat meekly in the corner, mumbling under her breath. That was two years ago and nothing similar has been attempted since.

Wait, was that it? Are we done All you have beyond that is to whine to other countries that England is not going to do what we want? We’re sure they’ll be lavish on tea and cookies and “oh, poor you”, but they’re unlikely to interfere. Especially if we pout a little and boycott some Westminster committees.

Oh dear god above. Would you, yes?

Let’s try to imagine for a moment how that would work. For example, even if France and Germany had the slightest interest in interfering in British internal politics – which we can promise you, readers, they 100% do not – what would they do about it?

Make a strong statement in the European Parliament? The thing that just left the UK because the majority of the British thought they had already put too much into Britain’s business? We can all imagine the headlines in the Daily Mail now. If you can think of something that is more firmly anchoring British public and political opposition to a second Indyref than Brussels calling for one, we’d love to hear it.

In any case, the First Minister has consistently insisted that one thing she will never agree to is an “unofficial” referendum. 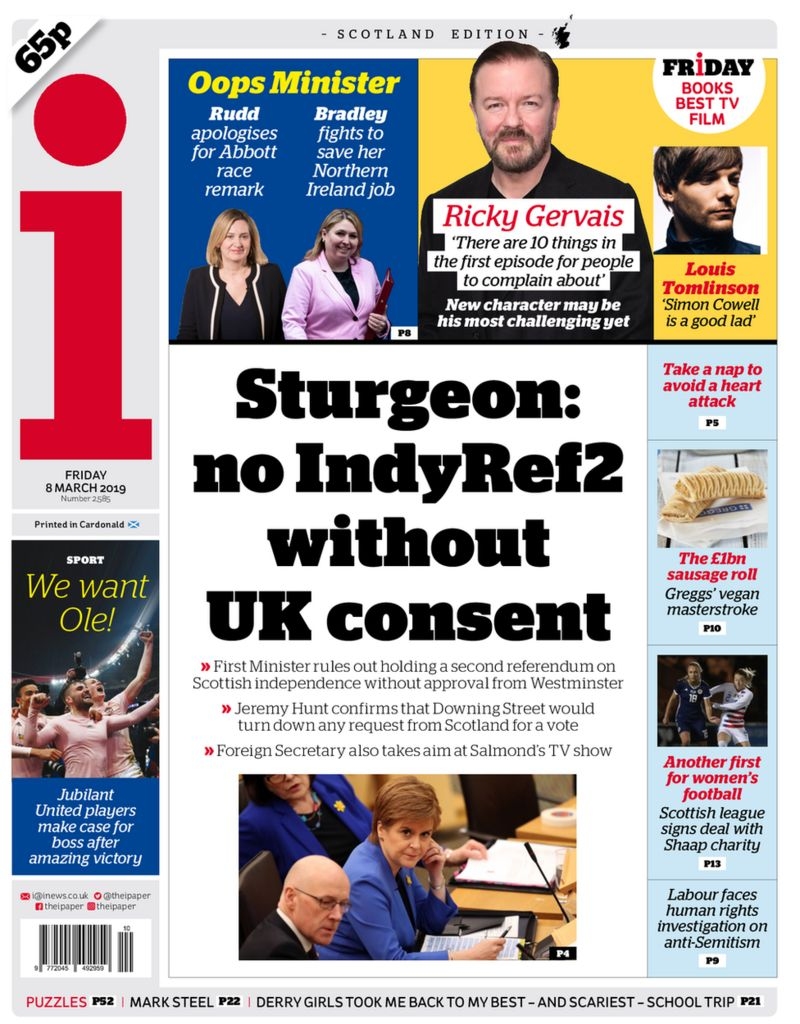 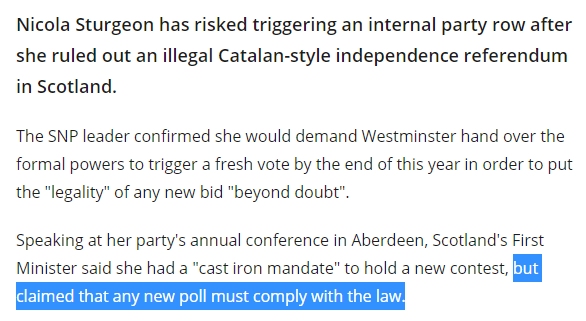 Has she lied all along? Certainly not?

The only way to get a “legal” referendum without the cooperation of Westminster would of course be to go to court to try to determine its legality. But not only has the Scottish Government failed, unforgivably and untenable, to do such a thing for four years actively oppose it someone else’s attempt to do it for them. Pete Wishart himself was particularly vocal hostile to the idea.

The fact that the Scottish Government has not tried to establish legality in court clearly shows that it has not “tried absolutely everything”. In fact, they haven’t even tried the most obvious. In any case, the international community has so far allowed it to be fine.

The Scottish people have voted three times since the Brexit vote for the party calling for a second Indyref, they have been elected twice by the Scottish Parliament, it has been formally requested twice and twice rejected, and “the international community” has done just that about it. There was hardly any mild expression of dissent. But now Wishart believes that they will suddenly take up arms and come to our aid?

Yes, it looks like the end of the “series of measures”. We’re going to bitch and bitch a bit in the House of Commons – my goodness, isn’t this an unprecedented novelty for the British government? – and then we’ll turn around and cast sad eyes on Europe, and that’s it. Thats all we have.

The international community, standing by and doing nothing while the Spanish government sent riot police to crack the heads of old ladies and jail a slew of democratically elected MPs for peaceful voting, will appear to be in a rush to save Scotland, though Scotland (as opposed to Catalonia) actually received a referendum just six years ago and voted no, even though Great Britain is no longer active in Europe and the EU no longer has any political influence on it.

What are the consequences? This site has been asking unsuccessfully for a Plan A believer to tell us what we are actually threatening the UK government with for months, with no success.

It has a comfortable overall majority and, of course, a 12 to 1 mega majority against independence as Labor and the Lib Dems are also against it. The Tories haven’t won an election in Scotland in almost 70 years. They have almost no MPs to lose there, and even if they literally had none in the Thatcher / Major era, they conceded nothing. With zero MPs, they were still against decentralization to the bitter end and a few days ago Boris Johnson said it had been a “disaster”.

(The warning among us will also remind us of Ruth Davidson’s unfortunate attempt to “draw a line in the sand” under this decentralization almost a decade ago.)

Does it sound like they’re worried about what we’re thinking?

If we’re being honest, our expectations of Pete Wishart’s master plan were extremely low. But yesterday’s exertion dug a very deep hole and tunneled so far below them that we didn’t even feel the earth shake as it passed underneath. His article is a gross and cynical insult to the intelligence of anyone who reads it.

(He deleted all critical answers, of course.)

But worse, the SNP was and is clearly happy to be said publicly by one of its high-ranking elected officials. They clearly believe that at least a percentage of their supporters will still swallow it.

We have several questions