Twitter was full yesterday of SNP MPs who were elected exactly a year ago. This was done on the basis of a promise to “STOP BREXIT” and take Scotland’s future into their own hands. But oddly enough, none of the pictures posted with her tweets showed the party’s main slogan.

Which you know is pretty understandable.

Because Brexit has not been stopped and Scotland’s future is still firmly in the hands of Boris Johnson, who is desperate to turn it into a no-deal disaster. And the bitter truth is that the SNPs are as responsible for this as everyone else.

Before last year’s elections, the UK Parliament had a clear majority of MPs opposed to a no-deal Brexit. They repeatedly voted on a multitude of plans that would have prevented this. But they did it in a way that was so incompetent, so tribal, and so mindless that they couldn’t get their ducks in a row and use that majority so that we stayed where we are now.

(This place is explained very well by Fintan O’Toole here.) 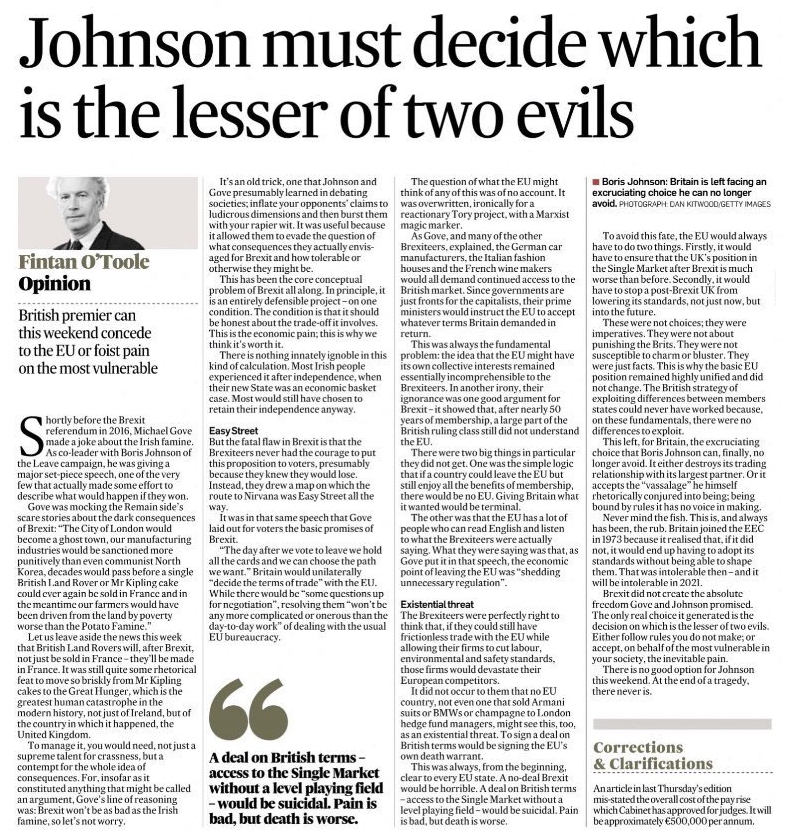 Both the SNP and the Lib Dems had it in their power to keep Britain in the Customs Union – a bad option, but one that would at least have prevented the worst of the chaos that will affect UK ports and the UK economy . But they decided against it and turned their MPs against abstaining instead. 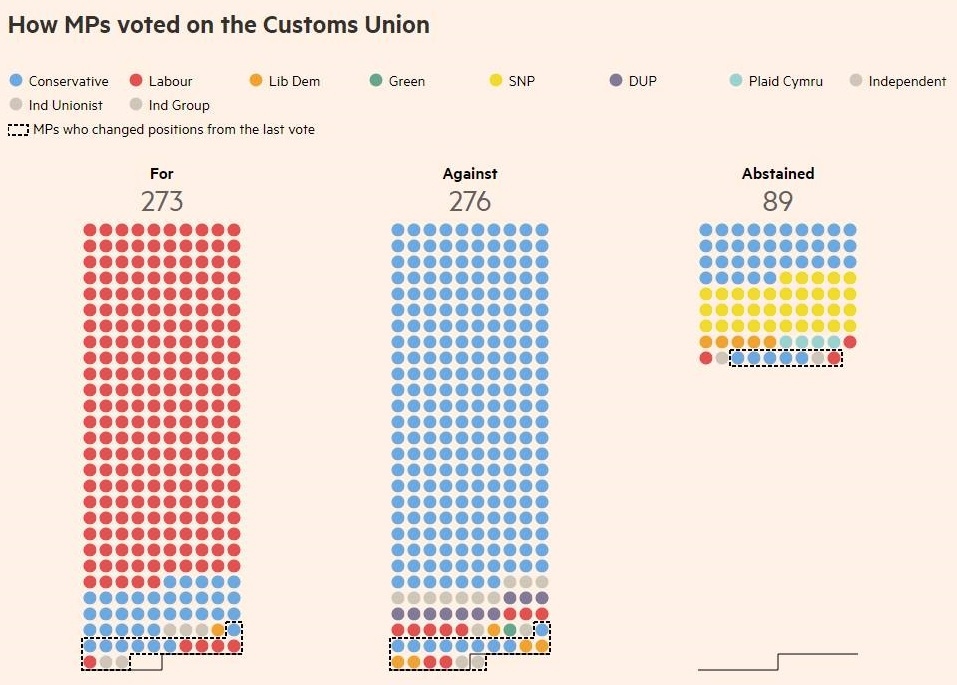 Labor had it in their power to pass a Joanna Cherry amendment that would have ensured that if a better deal had not been agreed, the UK Parliament would have been forced to revoke Article 50. However, they decided against it and instead beat their MPs to abstain.

The three parties fought and fought, sticking to agreeing on something that would have either stopped Brexit or significantly softened it, but they still had it in their power to prevent Boris Johnson from getting his no-deal, because he didn’t have a majority and it was basically cornered in a parliament that wouldn’t do what he wanted and foiled his attempt to get it out of the way.

Then they managed to put his no-deal on a plate by pushing for a disastrous election that left them all powerless to do anything about Johnson’s 80-seat majority and keep him in total control for the next four years on the Commons gave. instead of 18 months as the lame duck prime minister whose worst plans could all be foiled.

The SNP, which had been loudly calling for the election for weeks, was actually no longer in favor and again abstained weakly because of a complaint made with a three-day difference in the election date. The only thing they have to celebrate is their own continued preoccupation with huge salaries and pension contributions for another half a decade as Scotland and the rest of the UK burn.

Events of the past few years have strengthened the view of many people that all politicians are essentially a class of Mafioso parasites that exist only to derive personal benefit from the country and impose their personal ideologies without being interested in how much harm they wreak havoc on the population.

(An opinion backed by the fact that even EU countries have managed to survive literally years without government without falling into anarchy.)

We find this position increasingly difficult to refute.

Three of these four commitments have categorically and undeniably failed. Boris Johnson was not excluded from No. 10 (on the contrary), Brexit was not escaped and Scotland’s future is no longer in Scoland’s hands than it was before.

Perhaps the SNP’s seeming utter obsession with transgender issues (because they haven’t done anything for L, G, B, or I of “LGBTI” since 2016) is just a sign that they are trying to find something out of the ruins of their hollow promises to rescue.

But either way, if we were them we wouldn’t go out of the way to remind people how much time wasting their presence in the UK Parliament was over the past 12 months and will be for the next 48 months.

It’s time to get out of this chaos before it’s too late, and if the current leadership has no plan for it – which they obviously don’t – we urgently need to get one to do it.

Place for the police