It so happened that it was a coincidence that this story intervened and prevented us from writing the story we wanted to tell yesterday, because now we have a two-for-the-price-of-one price for the increasingly bizarre madness, riot in the US Scottish government offices.

Alarmed readers will have noticed the modern piece above and reveal that the Scottish government just can’t stop breaking the rules (wasting huge vats of taxpayers’ money in the process) when it comes to Alex Salmond.

An investigation by the Scottish Information Commissioner (SIC) – the same agency we filed a formal complaint with last week – found that the Holyrood administration violated privacy laws by refusing to provide information to Mr. Salmond , which he requested in connection with the on-going investigation into ham-fisted attempts to smear him with false allegations of sexual misconduct, and pointed out that he was now free to call the government (again) for his legal costs and compensation bring to court.

Absurdly enough, after literally discovering that it had breached data protection law by not providing Alex Salmond with documents that were made available to the committee, the Scottish Government issued the paper with this remarkable quote:

Strangely, it turns out the razor-thin excuse for this black and white quote is that they were first asked for the data on June 19th and actually submitted it on November 13th, after SIC had already investigated Thing for four months.

In other words, “We returned the money after the police found out we’d stolen it, so there was never any theft.”

We will give the Commissioner the final say on this issue:

But readers, there is more.

You may recall that our own complaint to SIC was the result of a much belated response to a question whether the Scottish government had lied when it repeatedly claimed that it was ignorant of Nicola Sturgeon’s meeting with Geoff Aberdein on September 29th March 2018.

We had indicated that since the Scottish Government had referred this meeting within its remit to James Hamilton to investigate whether Nicola Sturgeon had breached the Ministerial Code by lying about it to Parliament, it was clear that it was keeping a record of the meeting and so we asked if the Scottish Government might want to reconsider and correct its previous rejections.

The response that we received late Tuesday evening and that we wanted to write about yesterday is very special.

We’re running out of superlatives to describe how angry it all gets, folks. We were literally told with a straight face that the Scottish Government “has no recorded information to enable it to respond” as to whether Nicola Sturgeon had a meeting that did this Both Nicola Sturgeon and the Scottish government have already publicly admitted this in writing, simply in a pathetically tortured attempt to wriggle out of admitting they had lied about it in FOI inquiries for months.

Indeed, the letter actually refers us to her admission.

She says the following under this link:

And yet it still tells us that it can’t really answer the question because apparently no one has “recorded” this information at any point since this whole fiasco began, and publicly mocks the entire concept of freedom of information requests when they can with such shady semantics Sensitivity to be bypassed.

(Perhaps this is all a deliberate display of arrogant, Hubristic bravery – “Watch as we set fire to absolutely any trace of integrity or credibility, knowing that we will win the election with a skoosh anyway, you helpless plebs.” has a lot to do with how Donald Trump has behaved over the past four years.)

But particularly alert readers will have noticed a different part of this paragraph.

Right there, as clearly as possible, the Scottish Government expressly admits that the First Minister broke the Ministerial Code by holding a non-governmental session on Parliament’s premises. (And once again an implicit admission that she also violated the Code by lying to Parliament that she didn’t know about Salmond’s allegations until four days later.)

It is also an explicit statement that the meeting was a party matter and therefore should have been properly discussed with the Director General of the SNP and the husband of the First Minister, Peter Murrell, and of course, it directly and explicitly contradicts Mr Murrell’s evidence on behalf of that Investigating that the exact opposite was the case.

In its belated reply to us – which is fully appended below – the Scottish Government continues to turn, trying to escape the jumble of its own (or more precisely, the First Minister’s) lies. But all it does is get tighter and twist into even more embarrassing ridiculous rejections. 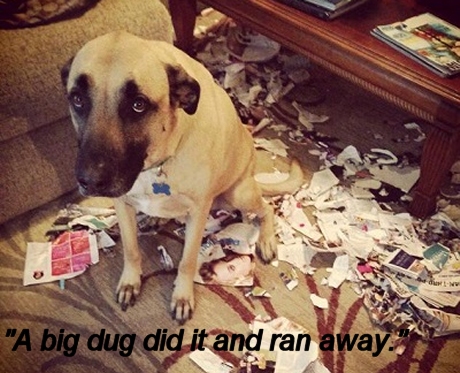 By the way, we couldn’t help but notice that the reply had been sent in a bizarre way on behalf of Nicola McDonagh from the childcare department of the Directorate for Children and Families. But then “The Looked After Children Unit” sounds like a more and more detailed description of the Scottish government every day.

Authentic British and Irish patriotisms are required. They are completely compatible