There was a time, readers, when we would have bothered to figure out the whole range of headings and links for it.

Archly, we should have pointed out that Labor Scotland has solemnly offered another new devolution treaty (roughly the 33rd since the Home Rule was first promised in – and we are not making that up). 1888) ahead of the 2017 UK general election and was humiliated.

(Just 10,000 additional votes – most of them in the one seat it already held – in a year the SNP lost 500,000 in previous Labor seats and behind in a country where it used to be heart and soul Tories finished third.)

We would have ironically noted that Scotland was offering the same old rewarmed rubbish again in the 2019 elections and was beaten even more humiliating, losing all but one of the MPs and finishing fourth in terms of seats, way behind the Lib Dems.

We would, of course, have traced back to Gordon Brown’s original promise of 2014, the most widespread super-ultra-max federal decentralization imaginable, and his empty assurance that this promise would be kept, even though Brown was not in the Was able to do so and, in fact, did not even stand in the next election. 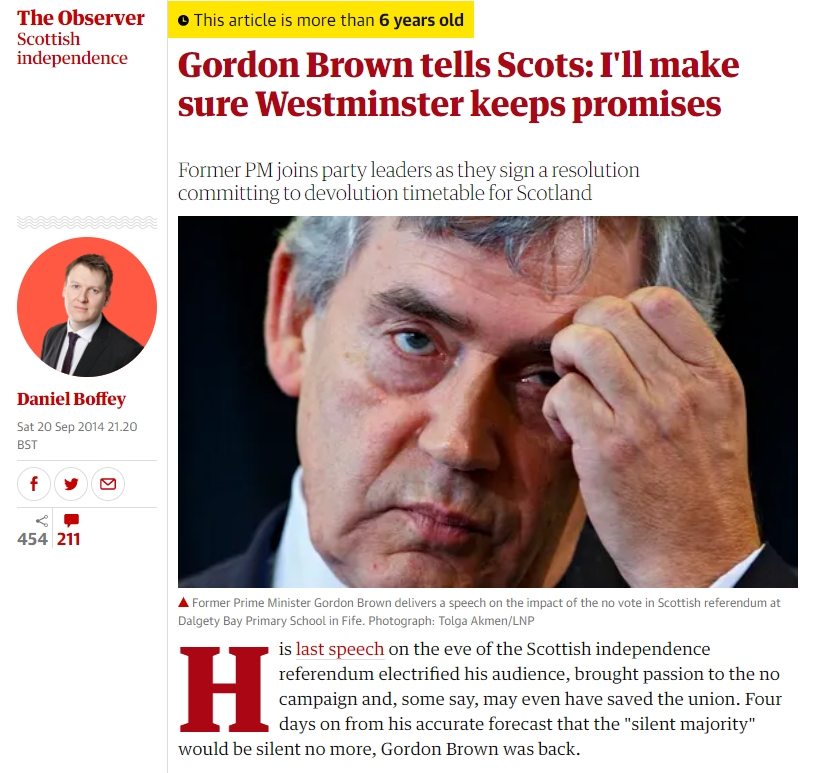 And we would have got a sniff at the utter, unhappy, desperate, deplorable pathos of Labor trying to try it again in the dying gasp of 2020, four long years away from a dream of power and the dying joke of a Scottish medium – which still treats it like a serious proposition that means everything and expects anything but laughter from its tiny handful of surviving decrepit elderly readers. 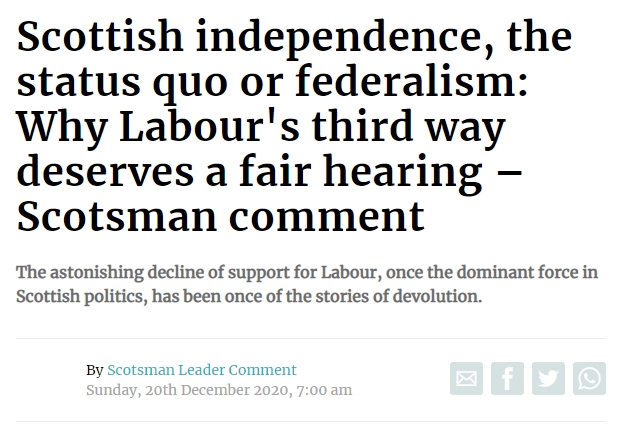 But we’re so tired folks. What’s the point You all know as well as we do. Even the dogs on the street know that Scottish Labor is deaf than David Bowie and last had a hit much longer ago. It is a gigantic, contemptuous insult to both the party and the media to waste an inch of newsprint on this rancid, fly-swamped chick of a lost, seedy, senile old dinosaur whose opinion no sane person has cared for the past decade They keep doing it out of pure muscle memory anyway because all of their tiny reptilian brains know how to do it. 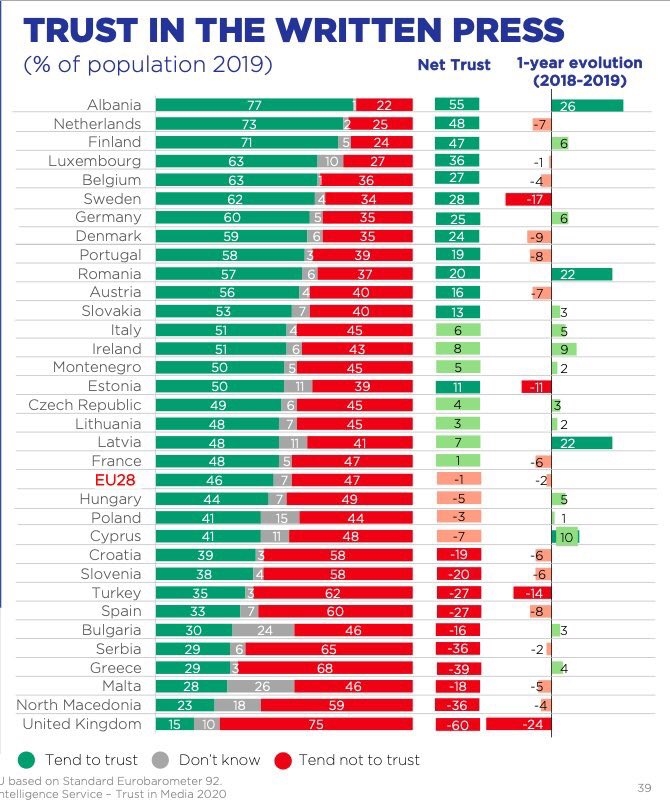 (This table is intended for the UK media, which, despite all its many and far-reaching errors, still has some balance – a range of Labor, Centrist and Tory papers, Leave and Remain papers, etc. We shudder when we imagine what the numbers would be for Scotland’s own foreign-owned monomedia stubbornly refusing to even try to express the desires of 58% of the population.) 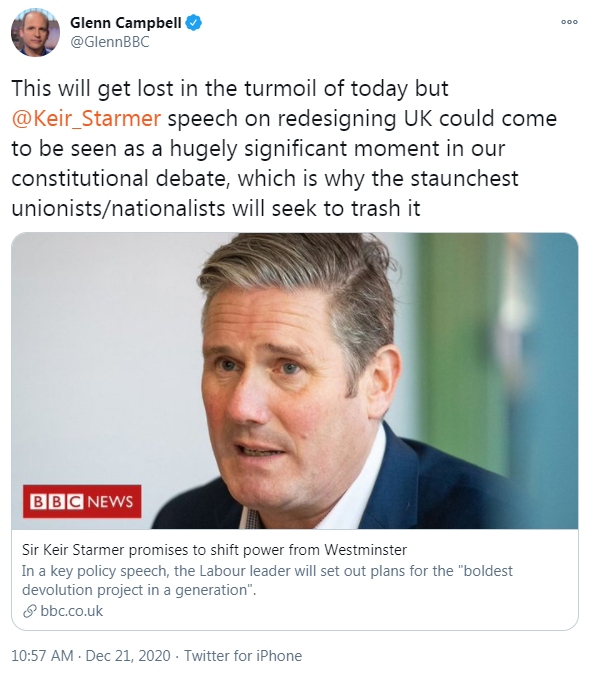 We have no superlatives or exaggeration (and no more will) to express the extent of the insane intellectual bankruptcy that still expects someone to swallow this sucker. “Look people of Scotland! Gordon Brown was pulled back from his crypt to moan the old mantras all over again! You must heed the words of the wise elder! “ 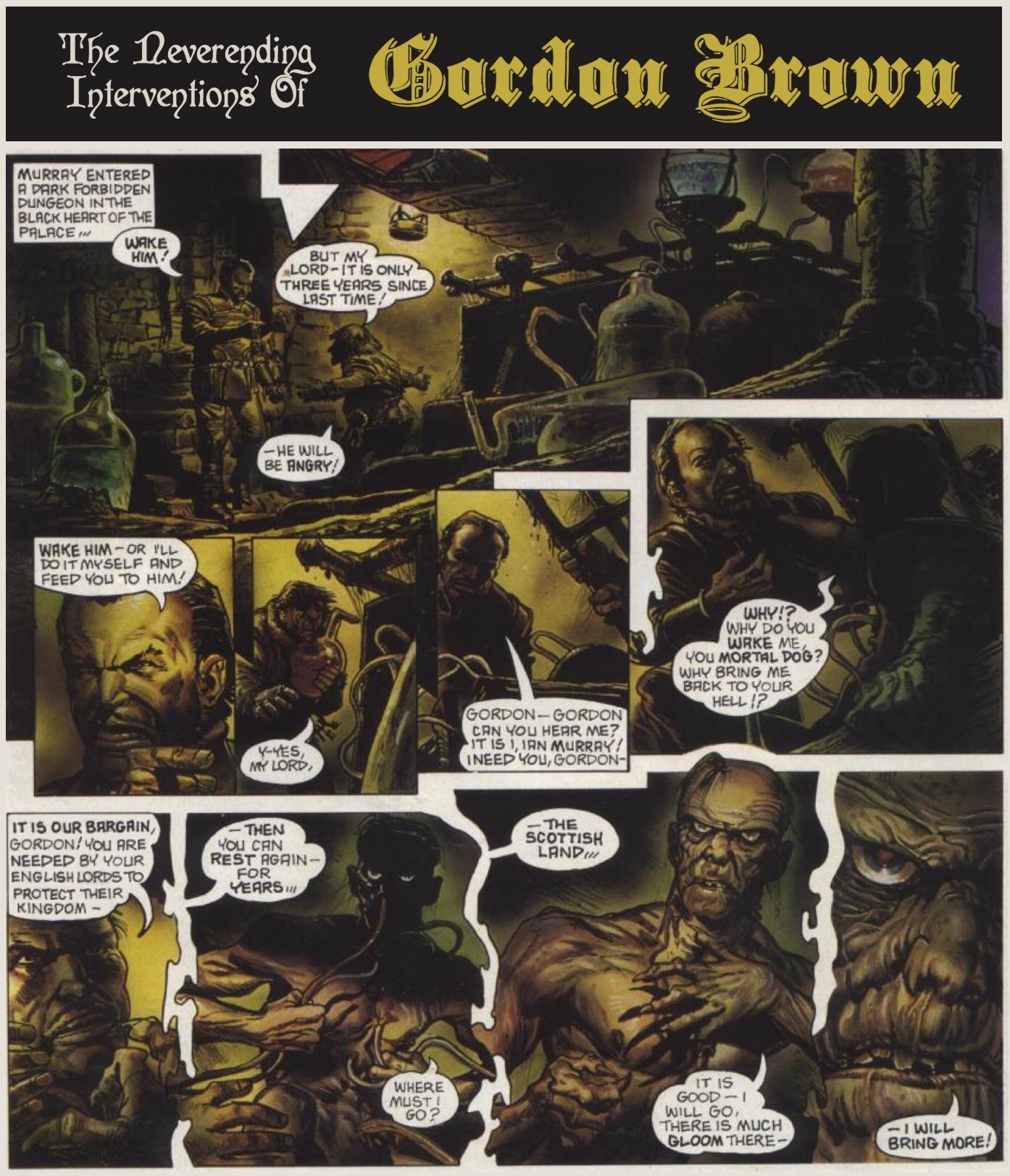 The only remaining competition in Scottish politics is to see if the SNP or the Unionist parties treat the public as bigger idiots. At this point folks we start to suspect that we are all better off with the coronavirus responsible.

Is the heated rhetoric of a United Ireland slowly giving way to the goal of a common island?