Vandals targeted the leaders of the U.S. House of Representatives and Senate after Congress failed to increase the amount of money given to Americans to help overcome the coronavirus pandemic.

The home of Senate Majority Leader Mitch McConnell, in Kentucky, and the home of Speaker of the House, Nancy Pelosi, in California, were demolished over the weekend.

Mr McConnell’s house had been sighted around 5:00 a.m. on Saturday and had spray paint on the door that said WERES (sic) MY MONEY.

Picture:
Mitch McConnell said the vandalism was a “radical tantrum”.

MITCH KILLS THE POOR was scrawled on a window and an obscenity painted under the mailbox.

He then described the vandalism as a “radical tantrum” and added: “I have spent my career fighting for the First Amendment and defending peaceful protest.

“I appreciate every Kentuckian who has participated in the democratic process, whether they agree with me or not. This is different. Vandalism and the politics of fear have no place in our society.” 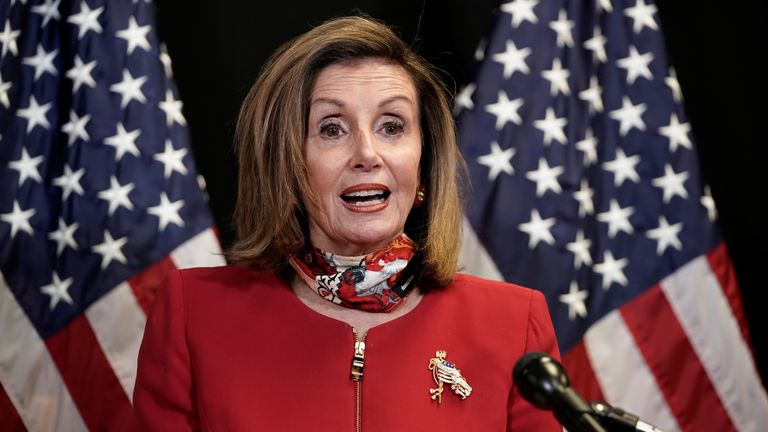 Picture:
The spokeswoman for the house, Nancy Pelosi, also had her house demolished

In San Francisco, the house of the Speaker of the House, Nancy Pelosi, was also destroyed with graffiti, a pig’s head and fake blood.

Police said the vandalism was reported around 2 a.m. on New Years Day.

According to KGO-TV, Ms. Pelosi’s graffiti contained the sentences “$ 2K”, “Cancel rent!” and “We want everything”.

The increase was backed by President Donald Trump and passed by the Democratic-run House, but blocked by Mr McConnell in the Senate.

Reflections of a Market Evangelist