So, for the historical record: I have no serious or other conviction that I can get rid of Nicola Sturgeon in the next four months.

I am an idiot with a website. I have no power. I was not elected for anything and I am not the commander of an army. Any information I’m privy to would put me in jail if I published it, and in itself would have no power to remove Nicola Sturgeon anyway. The only people who can achieve this by May are Sturgeon himself or collectively the Scottish Parliament.

This side has been calling for Sturgeon’s resignation for some time as we believe they should do so anyway due to events beyond our control. For this reason, it would be responsible and conscientious for them to quit early enough so that the SNP / independence movement had the opportunity to deal with the issue of their successor in time for the May elections and to regroup.

The remaining time window for this is now very narrow. And the enemies of independence will be overjoyed at it.

Because, reader, you should really be wondering what the unionists’ dream outcome of current events would be. Try to put yourself in their shoes for a moment. Right now they are facing a crushing defeat in the elections, and their only hope of preventing the SNP from gaining a majority (they all know none of them have the slightest chance of winning) is that the SNP will oppose that election fights in chaos.

If the party had a new leader by February or March (last fall would have been better) this chaos would be avoided. The election of a new leader would most likely be bitterly fought between the two factions of the SNP, and tensions would still ease, but there would have been a clear winner and an urgent unity of purpose.

(This was not the case with the Labor Party in 2019, but at that point Labor did not have a clear and urgent collective goal in sight to unite, whereas the SNP would have. Another interesting aspect would be that As far as we are The elected successor of the Störlager, Angus Robertson, could not be able to judge that, because he is not currently a member of parliament.)

But what if Sturgeon held on to her fingertips until late March or even April and was forced to either step down or be compelled by a vote of no confidence based on the results of either or both of the current investigations into her behavior?

There would be no time for a proper replacement. The SNP would have to fight the election with either a disastrous female leader (if she had absurdly tried to hold onto the role despite being ousted as FM and replaced by her equally depraved deputy) or with no female leader.

The chances of a Pro-Indy majority, let alone an SNP majority, would surely drop to zero, and even the microscopic chance (no chance at all, in fact) of forcing a Section 30 from the UK government would be half a half Hour away decade.

The only thing that could save Sturgeon from this investigation would be crookedness on an order of magnitude only hinted at before. It is an already established and undisputed fact that Sturgeon lied to Parliament about the Salmond affair. The Scottish Government has publicly and in writing admitted that its repeated claims that it was ignorant of this by April 2018 were false. This lie alone requires her to resign under the Ministerial Code.

She could, of course, refuse to take on the mantle of a tartan priti patel, but as chairman of a minority government, parliament would be obliged to subject her to a vote of no confidence and all opposition parties would be bound to vote against her. If any oppositional MSPs failed to do so, whether through harassment, cowardice or bribery, the stink and pollution of the whole matter would only increase. 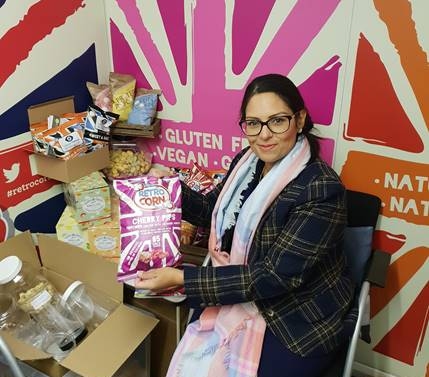 For the nth time then – This site does not seek to remove Nicola Sturgeon from office. If we had that power, we would have done so many months ago without hesitation, but we don’t. This side has been trying – and has been trying for about 18 months, but especially since last March – to warn the Yes movement that it must resign, barring a truly scandalous level of corruption, and that it should prepare to deal with this eventuality.

(Unfortunately we cannot definitively rule out this level of corruption. Everything we have learned over the past 12 months of investigation suggests a conspiracy of corruption in Scottish public life on a truly grotesque and terrible level.)

And of course we appeal to Nicola Sturgeon’s sense of decency, integrity and responsibility towards the cause – even if there is no hope of success – for the reasons mentioned above. But that’s really just a formality, because we know from her actions that she doesn’t have any of these things, just a lust for personal power.

Opinion polls and personal evaluations count for nothing in the context of the Ministerial Code, just as they would count for nothing if she had murdered someone. You either broke the law or you didn’t and there is no doubt what Sturgeon got. We are just waiting for the formal establishment of facts that are already publicly known.

And let’s be clear: the only thing the Unionists fear is that Sturgeon will be leaving in the next few weeks. If she holds on to the eve of the election and is then overthrown, they’ll celebrate the near-certain avoidance of an SNP / Indy majority, backed by the idiotic “both vote SNP” argument (ironically represented by James Kelly) ensures hundreds of thousands of Pro-Indy votes are wasted.

And if corruption somehow keeps them in power and even supplies a majority SNP government with them as FM, they will regret that majority in a lesser political sense, but they will be happy that at least there is no fear of another referendum because they know they are absolutely determined to veto Boris Johnson and we learned today (once again) that he has every intention to exercise it. 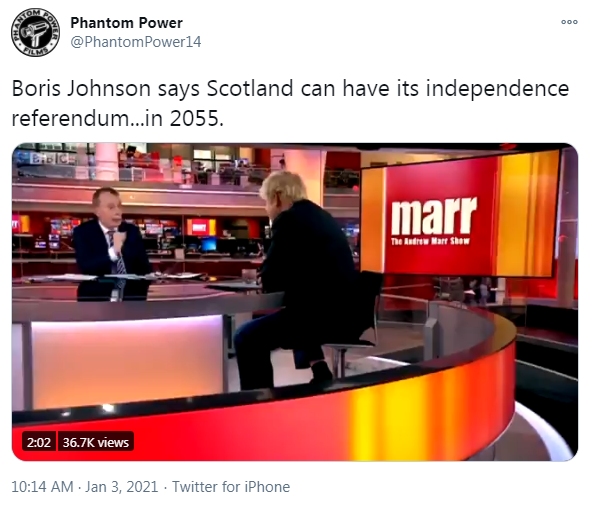 In short, the unionists’ order of preference is as follows:

(1) Nicola Sturgeon came as close as possible to the choice.

(2) Nicola Sturgeon will remain in power for the next five years.

The remarkable reluctance of both the Holyrood opposition and the unionist media to arm the Salmond Affair beforehand is evidence of this, as pernicious as the extraordinary, outrageous efforts of the Scottish Government to obstruct and delay the investigation into the Sturgeon’s desperation to hold on to power at all costs.

All this site can do is what we’ve always done – tell the truth and warn people what is coming. Maybe this time is the time we’re wrong.

We’ll be ashamed but overjoyed when we are because we’d love to take a great personal puzzle as the price of independence. Show us this contract and we will sign it immediately. But we can’t honestly tell you that we believe it will happen, and honesty is the only thing Wings has ever had to offer you.

The EU must face the truth that the Health for All is being undermined in spirit and context.

Can Ireland’s churches be anything but a building? New research on religion during the pandemic

Trump Could Have Contaminated Dozens Of Secret Service Brokers At Rally