Under the pressure of a gruesome death, we cannot tell our great cartoonist Chris Cairns what to draw cartoons about. Artists are so fun. And it’s a shame because if we were we’d have a great idea for this weekend’s toon.

Because what is currently being asked of Alex Salmond is extraordinary.

Two separate inquiries into the Scottish Government’s actions are currently underway. Depending on the results of these investigations, the government could fall and its ministers and officials could be prosecuted. It’s the hardest thing.

Mr. Salmond was instructed to take an oath to prove the investigation to Almighty God that he “will tell the truth, the whole Truth and nothing but the truth ”.

At the same time, a minister from the same Scottish government who is accountable to Nicola Sturgeon – for that is what the Lord Advocate, who is also head of the Crown Office and Procurator Fiscal Service – crouches behind Salmond within sight of The Committee Room, with a gun in pressed his back, whispered menacingly in his ear: “If you tell the whole truth, I’ll put you in prison.” 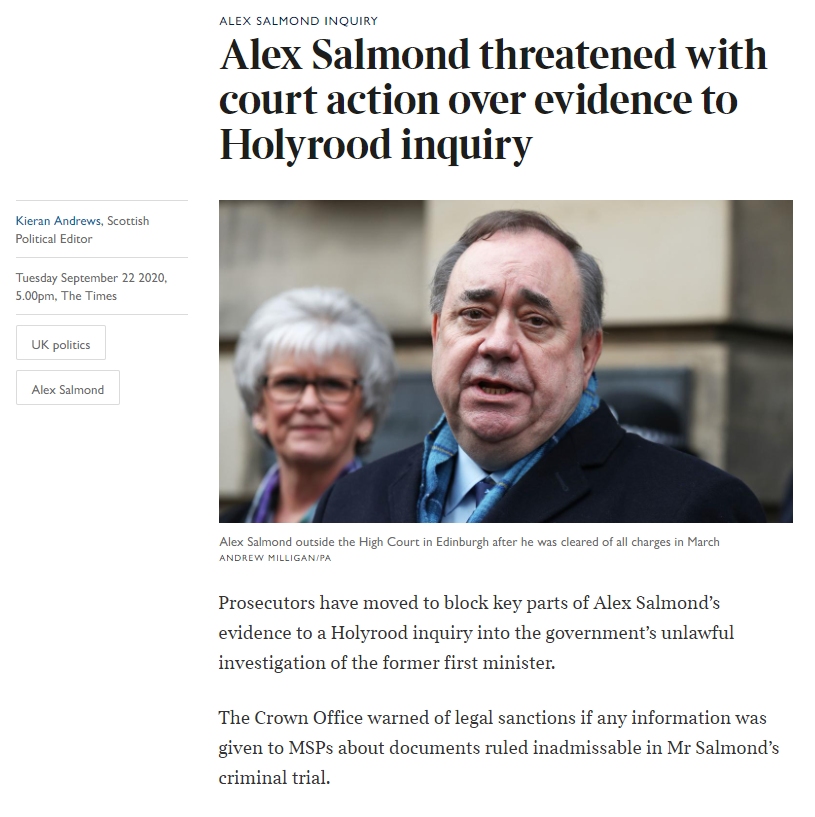 This page proposes a compromise to overcome the impasse. Give Mr. Salmond a Bible and a piece of card with the following information:

“I swear by Almighty God to tell the truth, but only those parts of the truth that are not uncomfortable, embarrassing or burdensome to the Scottish Government.”

Otherwise, the Scottish government will quickly run out of excuses and distractions. Leslie Evans union leader Dave Penman was pulled out of circulation yesterday to issue a “defense” against her that carefully avoided all the details and sounded like she was being read on a hostage video: 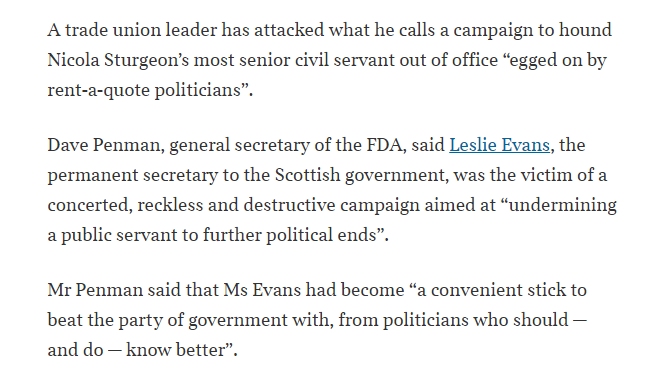 Today’s Daily Record, meanwhile, includes another anonymous testimony from Mr Salmond’s prosecutors, presented to the Scottish Government by mouthpiece Quango Rape Crisis Scotland. Although this time we at least agree with the headline: 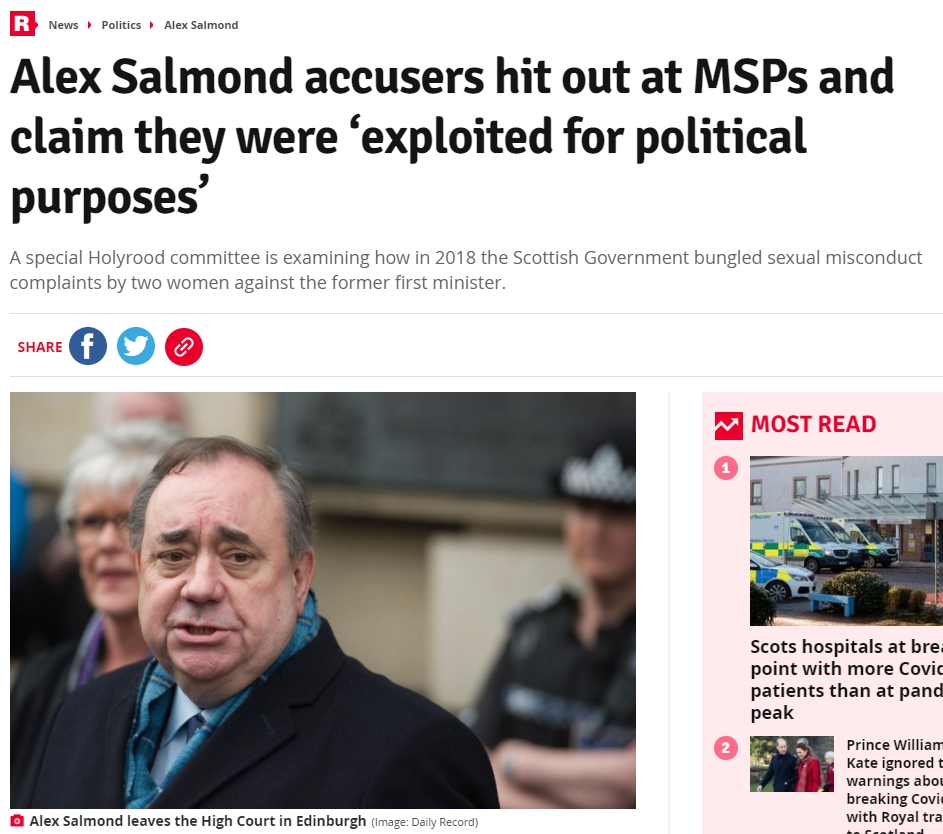 It’s a remarkable piece of hypocrisy from the file. The only reason the case went public in the first place was because someone (almost certainly from the Scottish Government) put it on file to enable a month-long smear campaign against Salmond before the trial.

(We should remember that the overwhelming majority of the Scottish public believes that people accused of rape, as well as the alleged victims, should protect their identities until the trial is over and only be revealed if they are for found guilty so that innocent people won’t have to endure when their reputation is shattered over false accusations.) 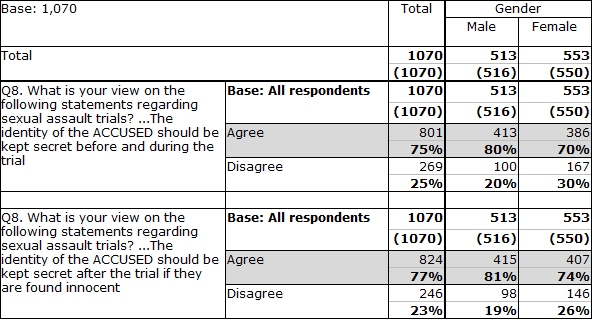 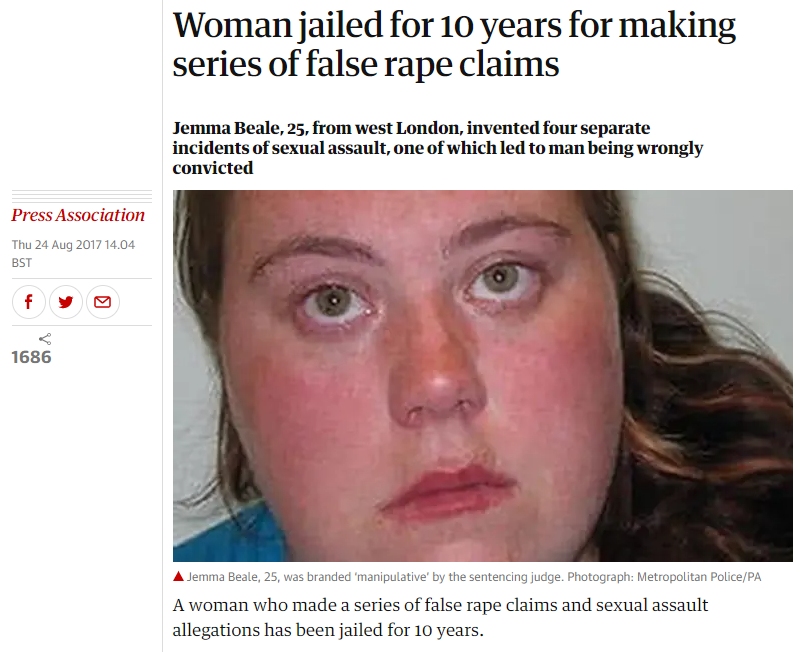 The article itself – it is a letter Brindley sent to the Committee of Inquiry in November but which is only now appearing on the file as a convenient diversion, just like a series of revelations from Salmond Rock does – is deeply strange.

After seeing almost all of the hearings in the investigation, we cannot think of such “aspersions” for our whole life. Committee members have acted with the utmost sensitivity at all times in discussing the prosecutors – and some may think excessively as their allegations were found false – and we cannot even imagine when the committee members actually did so critical of the witnesses who appeared before them because everything is very politely framed as questions.

Sandy Brindley of Rape Crisis Scotland, however, is never a person who lets a total lack of substance stand in the way of a troubled and frothy chatter. 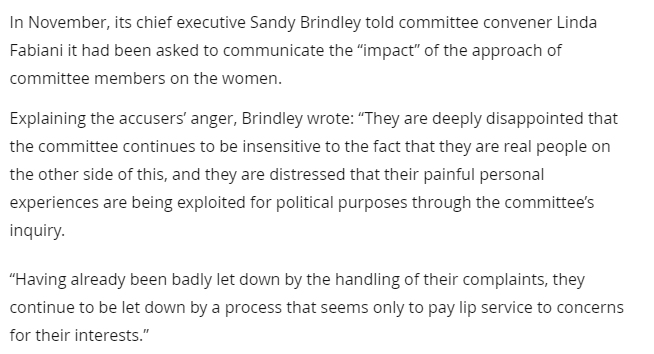 And the premise of it all is strange. You would think that the prosecutors of all people would want the investigation to investigate why their complaints were treated so catastrophically by the Scottish government and why complaints they insisted they did not want to be brought up to the police was taken to the police by Leslie Evans anyway without her permission. 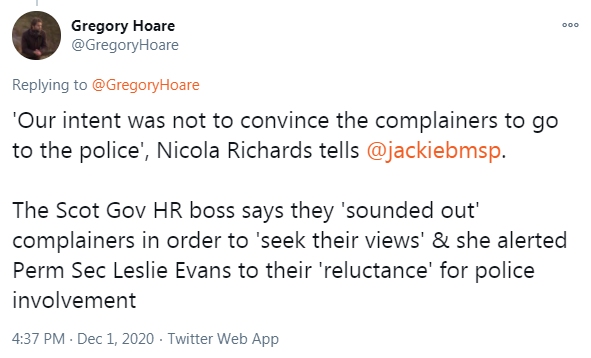 However, according to Sandy Brindley, they are NOT mad at Leslie Evans – who skipped over their wishes and exposed them to a trial that had their claims rejected by the jury, leading to a widespread public view that they were malicious liars – but to the investigation into the behavior of Leslie Evans. How very strange.

The only example Brindley offers to justify the article is weirdly weak:

Because Fraser’s tweet and the Herald article it was linked to clearly stated the actions of Nicola Sturgeon, Leslie Evans, and the Scottish government, and not the prosecutors. Neither contain the slightest implication of criticism of the accusers. 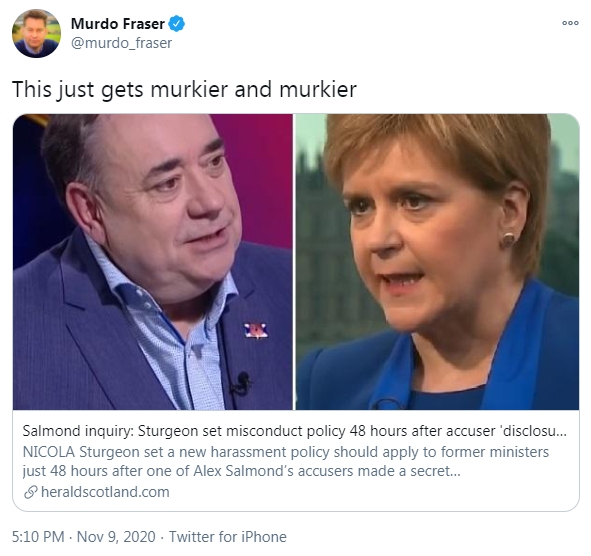 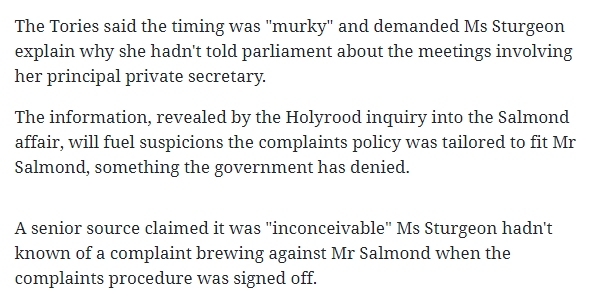 Something the Scottish Tories made very clear:

But the web closes so tightly on the Scottish Government and the Prime Minister that they have to blindly clap even the weakest weapons to divert attention from their own misdeeds.

Brindley saved the best for last.

Because the only people who have made it difficult for abused women to get a fair hearing for their complaints in the future are Nicola Sturgeon, Leslie Evans, Judith Mackinnon, the Lord Advocate and Sandy Brindley.

By taking a ridiculously weak case to court as publicly as possible and then yelling that the verdict of the mostly female jury was somehow lopsided, they have drawn disproportionate attention to the extremely rare phenomenon of false rape claims AND implied that women who are being attacked , does not do justice – even if he comes to court with the support of an absolutely massive police investigation of evidence that is far more extensive than any normal victim can expect.

You, not the investigation into their actions, have challenged the integrity and honesty of both accusers and the investigative process. And they, not the committee or Alex Salmond, are now massively reinforcing the impression of a conspiracy by trying to stifle any evidence and threatening an innocent man with jail if he tells the truth about it.

Questions remain about the origin of Covid 19 …

The Truth About China’s Uighur Genocide