The three people who asked about the SNP books were not Sean Clerkin, but MEMBERS OF THE SNP’S FINANCIAL AND AUDIT COMMITTEE. This means that they were people whose actual job it is to monitor the finances of the SNP and who all come from membership in the SNP.

What Hunter says there is that the SNP selected three of its own members to serve on its own finance committee, but they couldn’t perform their duties because their loyalty was not with the party.

In what case might a reasonable observer very well ask what kind of amazing, farcically incompetent organization puts such people in such positions?

If the SNP didn’t believe these three people were loyal to the party, what on earth were they doing in those jobs anyway? Why were they even still at the party? Surely, as a suspected traitor, you should have got the boot immediately? What kind of two-bob clown show with cack hands is the forgetful managing director Peter Murrell running for his six-figure salary?

(As the original commentator notes, it certainly seems unaware that the terms “fenced in” and “woven through” mean literally the exact opposite of each other. One means “kept separate”, the other means “everything mixed together”. The money cannot be both fenced in and woven through the party’s accounts. It can only be one or the other.)

Incidentally, as far as we know, only one of the three later joined a different party because Cynthia Guthrie moved to Alba. Hunter’s comment seems to be a rather monstrous and unjustified mistake compared to the other two (and Guthrie, too, of course) who, to the best of our knowledge, had been loyal and hardworking SNP members and colleagues of Hunter for many years before being caught just a few months ago on the committee, at which point they apparently became double agents immediately.

(In fact, our understanding is that qualified accountant Frank Ross is at least still in the SNP and still serving as Lord Provost of Edinburgh as a SNP councilor. So we’re pretty sure Mhairi Hunter cuts him off that he has all sorts of problems from SNP rules, or it would if the party’s rules were applied to Nicola Sturgeon’s personal clique.) 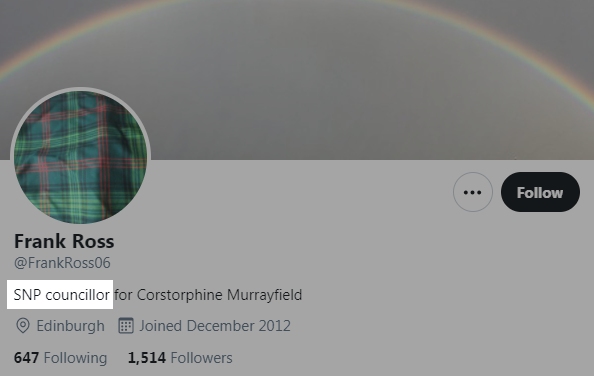 This type of deranged paranoid denunciation will do nothing to instill anyone’s confidence that the £ 600,000 missing is nothing to worry about. Because at best, this suggests that the party is being led by a group of complete idiots rather than crooks. But increasingly it looks like it’s both.

The end of the applause

If this is a crisis, it is a manageable one that requires statesmanship and no panic.