So-called “puberty blockers” – the class of drugs that computer pioneer Alan Turing was “chemically castrated” for being homosexual (a UK crime in the 1950s), which is believed to have led to his cyanide-poisoning suicide at age 41 extremely dangerous.

The most common nowadays is Lupron which is used as a treatment / alternative punishment for rapists and pedophiles to lessen their offense by destroying their sexual function. It has not been tested for use on “transgender” children and no one knows how much permanent harm it could do (although the likely answer is “a lot”), which is why the High Court in England last year ruled that children should be under the age of 16 were not medically authorized to consent to such treatment.

Scotland’s only gender clinic, Sandyford, only apologized a few months ago for hiding the very serious dangers of drugs. However, there are no plans to discontinue prescribing to children under the age of 16.

And the Scottish government refuses to intervene on the matter. 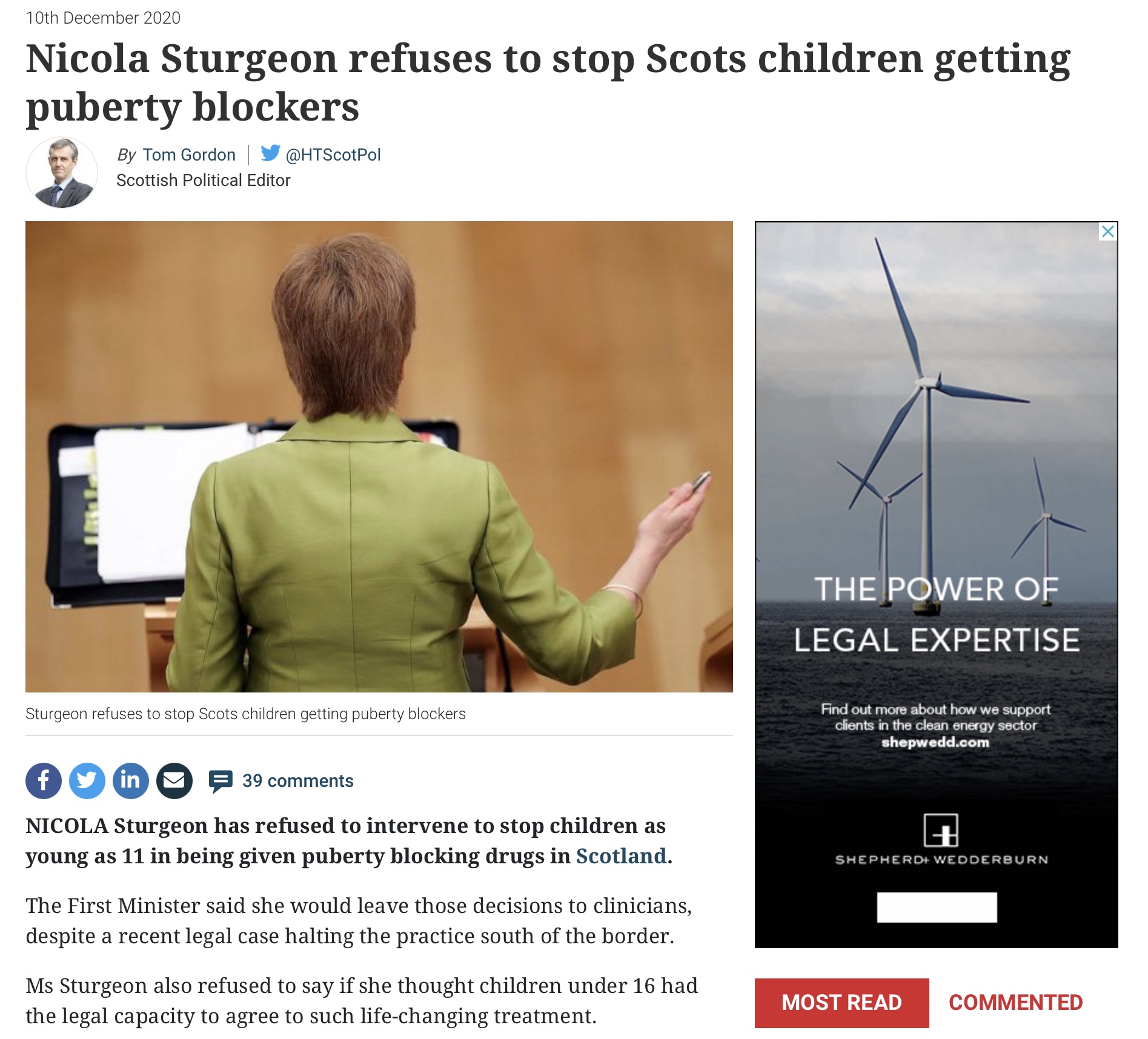 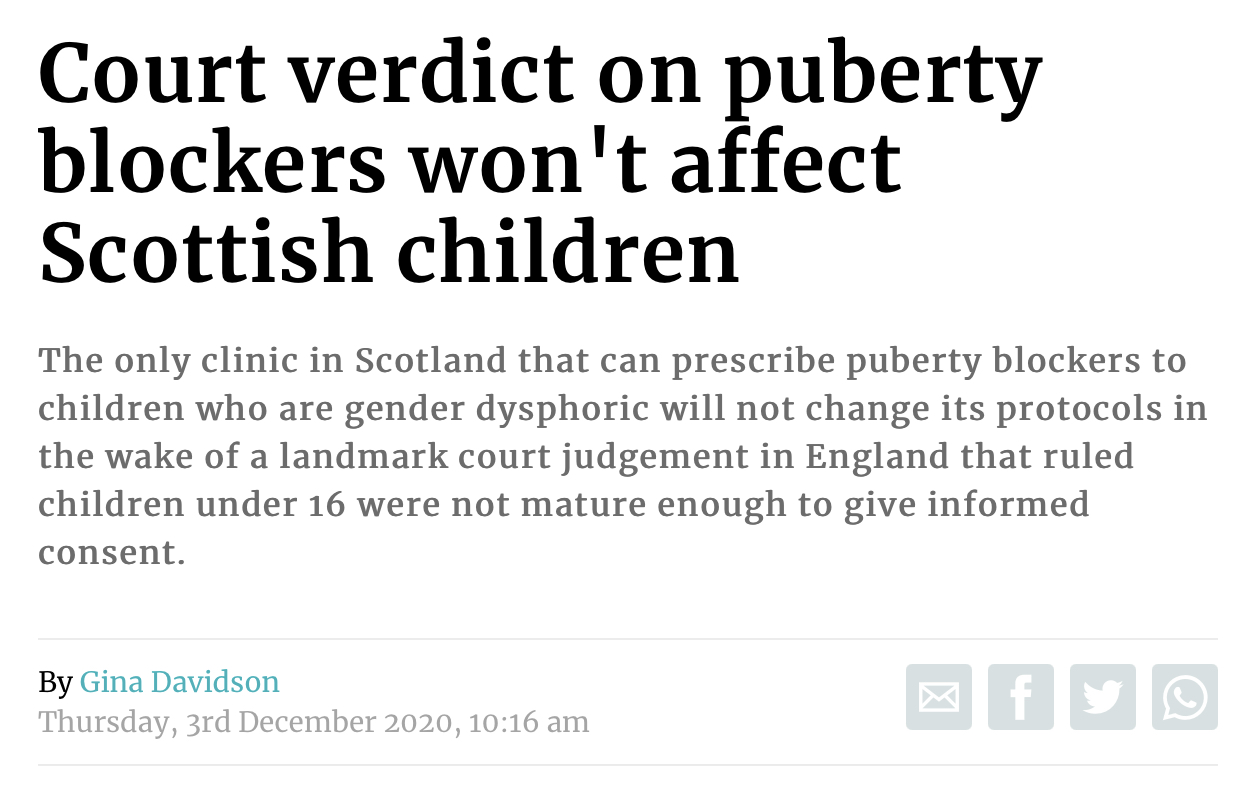 But there are some substances your children are not allowed to have. 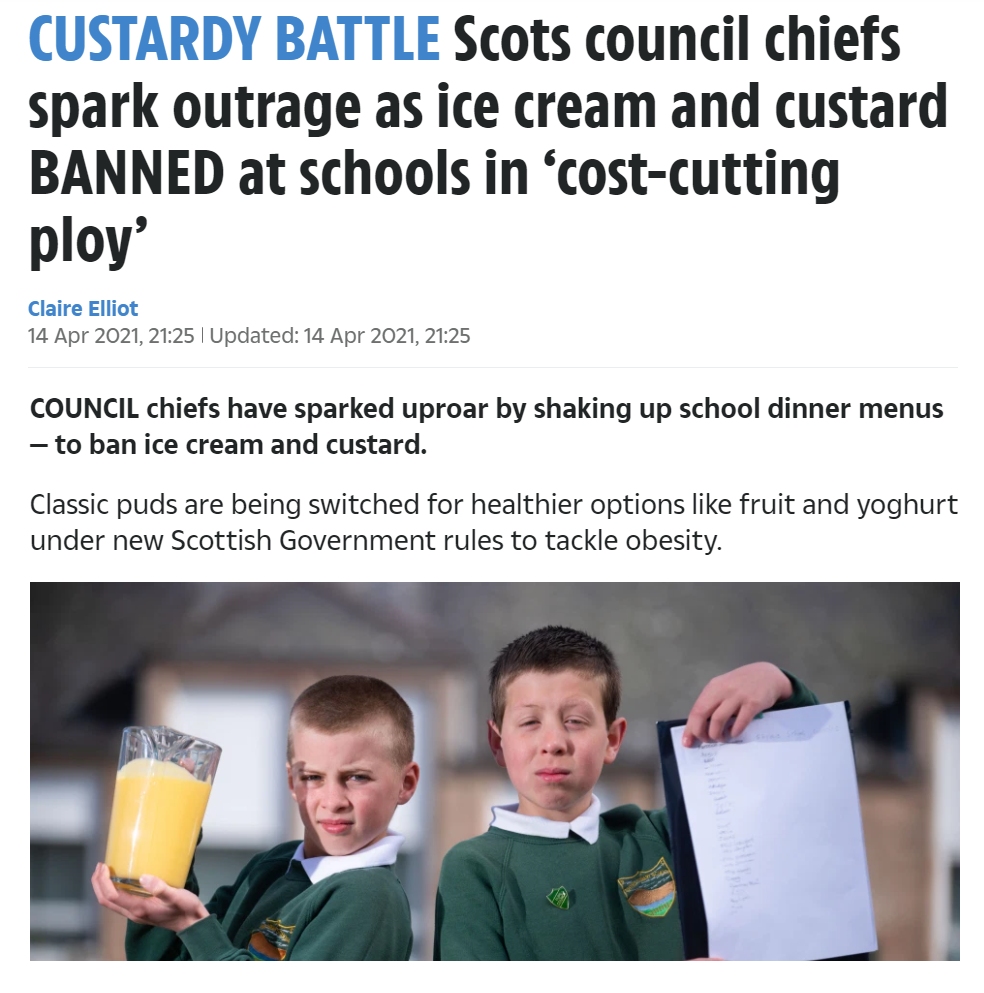 To recap, it is okay for the Scottish government to feed your children strong drugs that are normally used to castrate adult rapists. This will cause them health problems for life and will likely sterilize them before they’re even old enough to have sex – but a few spoons of pudding or ice cream are out.

Be very clear about what you are voting for next month, readers.

British leader Boris Johnson is aiming for No Deal Cliff, but will he jump?

Despite its problems, the Protocol gives NI politicians more opportunity than ever

The continuity state speaks. Forget about Golfgate. Fear the Shinners!